Nintendo DSi To Arrive in Spring 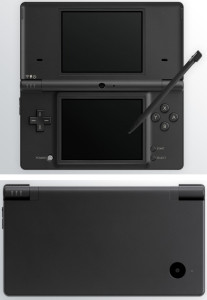 DS.IGN says that the Nintendo DSi, you know – the one with a bigger screen and camera, should be hitting the good ol’ US of A on April 4th -even more excitingly it could hit the UK at the same time!

As for the price; it sounds like it will cost around 50 bucks more than the current DS Lite, which means $180.

Kotaku notes that the reason for the wider price divide in the US (the Japanese pay just and extra $25 more than the DS Lite) is probably to keep it from hurting the the current DS market as it sold in the region of 1.5 million units in November.

No news as yet about UK or European pricing as yet – as we have all become accustomed to being spanked with tax and UK-weighting I dread to think what it will cost over here. GULP!

But Nintedo’s site is still saying that the UK can expect it in the Spring of this very year – so perhaps we’ll also get it in April? 🙂

Have Ninte heard about the Crunch?