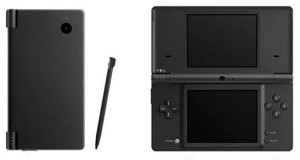 I read the US release dates yesterday and held off until I heard something more relevant and closer to home.

Now, finally, the Nintendo DSi has been given an official European release date, and itâ€™s out here before the US!

The Nintendo DSi is being released across Europe on Friday April 3, and although the DSi has been played over Japan since last year we’re still beating those folks over the Atlantic.

As always it seems that the UK will be stung regarding the price.

Although notÂ confirmed there areÂ reports thatÂ suggest itâ€™ll be closer to the Â£149 mark than the Â£99 translation of the US price.

When did Britain stop being great?