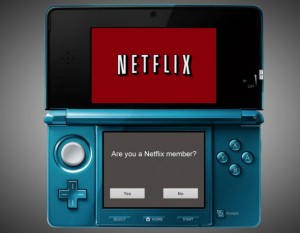 The Nintendo 3DS has been lauded as the future of gaming. Plenty of people have testified that the 3D handheld gaming system deserves its emerging cult following since its launch earlier this year. The thing is that Nintendo has admitted sales aren’t going as well as they should.

Sales figures reported by Nintendo shows that most people prefer the old-school Nintendo DS which managed to outsell its three-dimensional cousin by more than 2:1.

According to a Nintendo press release:

Nintendo sold more than 800,000 combined hardware units in June. This includes 386,000 units of the Nintendo DS™ family of systems, 273,000 Wii™ systems and 143,000 Nintendo 3DS systems. Each product line saw double-digit growth over the previous month, and the lifetime U.S. installed base for the Wii system crossed 36 million units.

So, the official Nintendo numbers show the 3DS shifted 143,000 in June which isn’t bad – but that figure is overshadowed by the fact that the rest of the DS range sold an impressive 386,000.

Granted, this is not a flop but after all the noise made by Nintey regarding the glasses-free 3D game experience I think that it is safe to say that they would have been expecting stronger numbers.

Could the low sales be partly due to the privacy issues reported back in May or the health scare earlier in the year?

Let’s see if the launch of the Netflix service on the console in the US, coupled with plans for 3D movies, will help the 3DS sales as crimbo approaches.