Nintendo 3DS not Selling – Price Dropped by a Third 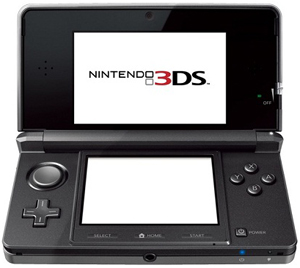 It seems that the Nintendo 3D gaming device, the 3DS, is still suffering poor sales. Now the price is being dramatically dropped in order to tempt those looking for multi-dimensional gaming.

After selling 113,000 units in the opening weekend here in the UK it seems that 3DS had a pretty poor second quarter as Nintendo has announced it is to slash the price of the Nintendo 3DS.

As a result of this disappointing performance it looks like Nintendo are going to battle the market with a more aggressive pricing campaign. Ninte has confirmed that it is to cut the device’s price from $249 to just $169.99 in the US with a similar UK drop to be announced.

“We can confirm that Nintendo of Europe will be reducing the European trade price of Nintendo 3DS to retailers by around a third from 12th August 2011, as part of a global trade price reduction initiative,” The Nintendo Europe spokesperson went on to say: “The ultimate price to consumers is, of course, determined by retailers, however we look forward to consumers benefiting from much lower retail prices very soon.”