Nintendo Attending CES in January – Something Big to Show 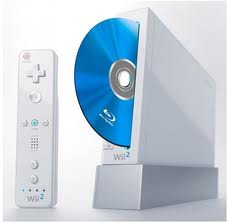 It’s been a while, 17 years in fact, since Nintendo set up at CES – so hearing they’ve officially announced that they’ll be exhibiting new products at the Consumer Electronics Show 2011 in Las Vegas should mean that something big is on the cards.

I suppose that it’s a given that the Nintendo 3DS will have a major chunk of the stand – it being the first handheld games console to offer glasses-free 3D gaming capabilities and all.

I suppose that everyone will be excitedly expecting Wii2 with pressure coming from Kinect and Move.

Motion-controlled gaming will no doubt be big next year and as CES organiser, Karen Chupka said: â€œThe Gaming Showcase at CES will feature the hottest gaming trends for the coming year.â€

What would you demand from the next gen Nintendo Wii?

I suppose Blu-ray/HD should be a prerequisite – but what else?