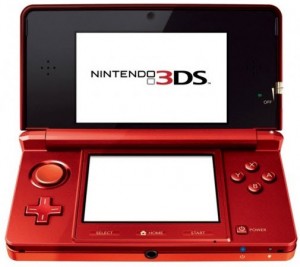 There has been much said about Nintendo’s 3D gaming handheld, the 3DS, and it seems to have won many over on the interweblogosphere.

It does sound like it’s shaping-up to be a winner.Â  Not only will your games leap off the screen thanks to the 3Dness but there’s talk of the new Nintendo’s Wi-Fi capabilities suggesting that it will seek out and automatically connect with wireless LAN spots and download information on the go.

As well as the 3DS being able to chat with your other Nintendo gear via it will be able to be used as an e-Reader and will automatically grab newspaper and magazine article updates.

So, when will all this happen? Well, according to Nintendo of Americaâ€™s Reggie Fils-Aime the all important release dates would be decided on a case by case basis, with Japan, the US and Europe all considered individually – but he did go on to say…..

As with other Ninte releases, chances are Japan will get to grope the new unit first and then the love will spread out steadily across the globe.

Some people that have been lucky enough to test the new gear have said that you need to view the screen from an optimal angle in perfect lighting… but I can’t say as I’ve not tried it out yet.

Does this thrill you or are you still not convinced?