Nintendo 3DS Needs to be Close to a Plug 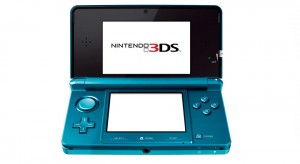 Where the DSi XL could game happily for up to 17 hours and the venerable old timer, the DS, even could keep up with today’s upstarts for 10 hours at-a-time not so for the 3DS.

Nintendo president and CEO Satoru Iwata did tell everyone to expect a drop in battery life saying that “it is inevitable that the Nintendo 3DS will be a device which requires more frequent charging than the Nintendo DS.”

Apparently a fully charged 3DS will last between three and five hours, or five to eight hours if playing an old DS title on the new handheld. Charging takes anywhere up to three and a half hours!

The power draining is not only caused by the 3DS’ 3D visuals but also its WiFi connection. Nintendo have already said that the Wi-Fi will be used for updating the 3DS remotely and for fighting piracy – probably meaning remote shut-downs.

So – remarkably shorter times between recharging and rumours of potential eye damage caused by playing the 3DS aint really selling this next gen gaming gadget to me.