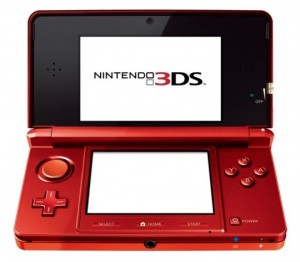 Yup Gadgety friends this is the fabby news that Nintendo’s 3D gaming system could arrive sooner than we thought!

The last news I heard was that the pocket multi-dimensional game machine would hit these shores in March next year but ut seems that it could be making its way out on 20 November. Thatâ€™s according to a tweet from an accessories maker, who says that the add-ons that his put together for the 3D Ninte will be available sale â€œsimultaneouslyâ€ with the pocket console.

The Keys Factory employee Tweeted: “On November 20th, the 11 goods I designed for use with the 3DS will go on sale simultaneously. Those of you buying the 3DS, please buy them while you’re at it! This will be officially announced on the homepage eventually, lol. Best regards.”

Nintendo hasn’t confirmed or commented about the 20 November date, which, as far as I know, is the Japanese release date for the 3DS.

A pre-crimbo global launch would be the way to go for sales so let’s hope all you gamers get to get one before the original 31 March next year.