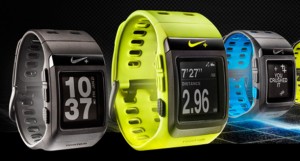 Nike is reportedly preparing a new app-friendly smartwatch as a follow up to the Nike+ SportsWatch and Fuelband SE.

Sources in Taiwan’s supply chain told Digitimes that the smartwatch is currently under trial production at Flextronics and will be launched in the first half of next year.

It is unclear whether the smartwatch would be the next generation of the Nike+SportsWatch, Fuelband SE or whether it will be a whole new stand-alone product.

Nike last launched an update to its Nike+SportsWatch back in 2011, so I’m guessing it is time for a refresh.

There’s currently no word from Nike as to how it will look or what operating system it will be running. I am taking a stab at it following the chunky styling of the Nike+ SportsWatch and it running Android as its OS of choice.

The sports giant has been out in front in the wearable technology race and its Nike+ Sportwatch does a great job of tracking your workouts via GPS with the onboard trainer giving you virtual pats on the back when you do well.

It’s not going to be a huge leap as the Nike+ app is perfectly sound and with Bluetooth features it could hook into a smartphone and be properly smart.

Wearable technology is going to be big business

Last month, Samsung claimed that it had shipped 800,000 Galaxy Gear smartwatches. It is unclear, however, how many have actually been bought by consumers.

Research firm Canalys has predicted that five million smart watches will be sold in 2014. This is up tenfold from the 500,000 smartwatches it predicts will be sold this year.