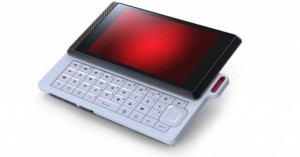 There’s been rumours of a Nexus Two almost as soon as the Nexus One hit the blogosphere and it seems that Moto may be its maker.

The next Nexus could be a business model Google phone and Motorola’s CEO has confirmed that they would be delivering a phone to sell through the new Google Store.

Sanjay Jha reiterated Motorola’s ambition to launch 20 smartphones in 2010, of which one will be “one direct to consumer device with Google.”

All that when pieced with Motorola’s ‘secret project’, the covert operationally named ‘Shadow’, could end up being the Nexus Two.

Getting Motorola to build the next Google Store offering makes sense now as the mobile cobbler has since proved itself worthy with its latest Android blowers – especially with the Milestone (Droid).

Word on the interweblogosphere reckons that a Motorola built Googlephone should appear in the first half of 2010.

Will it take the shine off iPhone 4G?