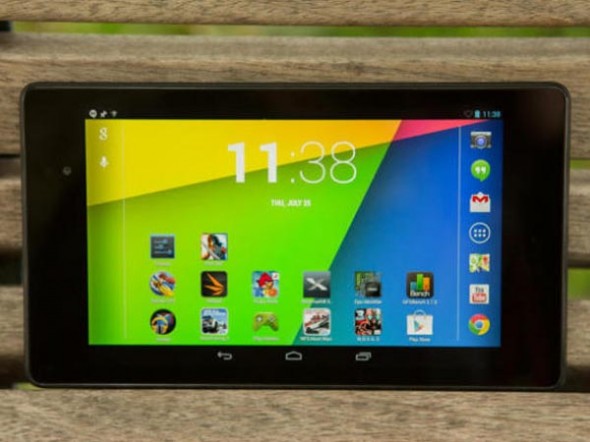 The new version of the Nexus 7 tablet sure looks great, even though the price has increased. More recently, it appears that the Google slate has been given a test ride of Android Key Lime Pie.

A Chromium bug tracker user has been busy running tests on a number of mobile devices. Nothing to report there, so far.

The thing is, there’s listings for both the Nexus 7 and Nexus 4 running the KRS36B build of Android.

Now, in itself, this wouldn’t pique most people’s interest as both of these devices aren’t strangers to constant updates. Only recently, both of these Nexus models were updated with the very contemporary JSS15J and JWR66V builds for the Nexus 7 and Nexus 4, respectively.

The clever folk, of which Gadgety News is renowned for attracting, amongst you will take it that the ‘J’ in the recent OS releases build name stands for Jelly Bean. It is therefore more than reasonable to assume that the ‘K’ in the new build to be Key Lime Pie? Google remain tight-lipped on the release of the Key Lime Pie platform.

What’s for sure is that it will most likely land loaded on a Nexus phone, be it Android 4.5 version or an all new Android 5.

If the image we see here is anything to be believed, then we’re surely looking at more Chrome-tone colours.