Next gen iPhone to capture video at 120fps using Mogul 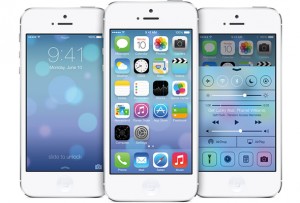 You can’t have a week without a few iPhone rumours and the latest to land on my virtual desk is that the next gen Apple smartphone will pack special video camera tech.

Apple is no doubt increasingly feeling the pinch from the competition and the likes of Samsung and HTC. I for one am considering the HTC One as my next phone rather than staying with Apple for the third time, so what can the iPhone add to its arsenal to put it apart from the other mobiles?

Well, the next generation iPhone, which will carry Apple’s iOS 7, is said to sport a slow-motion camera feature that will shoot videos in higher frame rates.

This will allow you to slow down videos with easily and seamlessly. The slow-motion camera unit is codenamed Mogul and is apparently capable of shooting videos at 120 frames per second.

That’s a high frame jump when compared to the current iPhone 5 camera that shoots videos up to 30 frames per second. This could be quite a breakthrough and will have videographers smiling like very happy things.

Will it be enough to challenge the Nokia Lumia 1020’s shooter?