Next Apple phone will be iPhone 6, not iPhone 5S according to developers 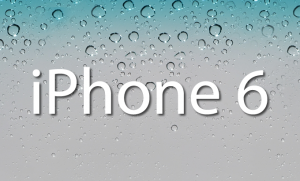 Developers have revealed that Apple is currently testing its next phone and operating system – and it’s the iPhone 6, not the expected iPhone 5S.

It has come to light in app logs that a device named “iPhone 6.1” has been cropping up. This could well point to the next Apple smartphone to be the iPhone 6, following the designation of the iPhone 5 being listed as “iPhone 5.1” and “iPhone 5.2” prior to its launch. The operation system name of “iOS 7” has also been spotted.

Getting a new iOS is no huge surprise as Apple updates its smartphone and tablet operating system each year.

The interesting thing is that almost everyone was expecting 2013 to be an “S” year for the company with the Apple blower receiving minor improvements over the last iteration and get the “S” marker added to its name. Again, this is something we’ve all seen before with the iPhone 3GS and iPhone 4S, and it felt natural that the iPhone 5S would follow with a new colourful range.

One developer showed the tell-tale identifier “iPhone 6.1” to TNW and the site has also seen app logs that prove the IP address used by the mystery device to indeed come from Apple’s Cupertino campus. As the site suggests, while it is possible to fake the designation and operating system of a phone, the location it was being used is a good indication that it is genuine.

Could Apple release the iPhone 6 next with major improvements in order to keep in the increasingly competitive market? What do you reckon?