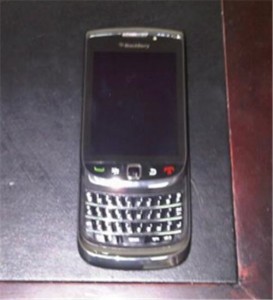 Yup – weeks without any RIM-based news and then two come along at once!

It sounds like the new BlackBerry slider is expected to drop at a joint event with AT&T, who will have dibs on the new phone stateside, in New York on Tuesday.

This could be excellent timing for RIM as, if the 9800 is all it’s cracked up to be could have a great reception (pun intended) after the complaints about iPhone 4’s antenna design.

“This is an opportunity for RIM to respond, not only on the operating system and browser-side, but equally importantly, that they have a nice smooth operating piece of hardware,” Mackie Research analyst Nick Agostino said.

The 9800 is hoped to show crackberry haters a thing or two and promises to have done away with the clunky web browser, a very meh app store and a range that wasn’t featuring a touchscreen mobile!

“We expect the new RIM slider to receive ‘hero’ treatment from AT&T, and for the carrier to promote the product aggressively,” Morgan Stanley analyst Ehud Gelblum said in a note to clients.

Well, as you can see in the gallery below you’ll get five different screens to switch between depending on what you’re after:

You’ll also have quicker access to menus for various connection settings, setting alarms and getting to the message centre.

There’s Flash support as well as the Spotlight alike search function which will sniff out your query throughout the BlackBerry’s entirety!

Expect RIM to officially take the wraps off the 9800 on Tuesday August 3rd and they should hit the shelves in the states by the middle of August.

The handset is likely to be launched in Canada and Western Europe later in the year, possibly October.

Are you excited by it?