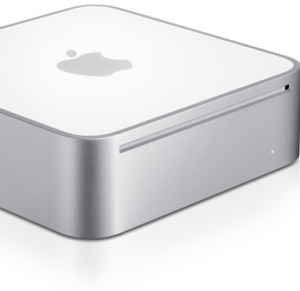 More Apple rumours abound after the store went down for a while and nothing happened.

Apparently Apple is telling their direct-sales channels (that’s highstreet Apple stores to you and I) that they won’t be honouring orders for iMacs and Mac Minis in the short term.

Yup – I jumped to the same conclusion that an update is on the horizon!

Could these new iMacs be the thinner Blu-ray packing ones that look more like the LED Cinema Display?

Could these be the ones with the mystery features that make them the “most versatile ever”?

There has even been whispers that it will have that natty unibody build.

Whilst a new line of iMac‘s is certainly exciting there has also been word that the little Mac Mini may get a wash and brush up – consisting primarily of component and CPU upgrades and killing off the low-end Mac mini SKU.