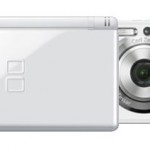 According to Japan’s Nikkei newspaper (kind of Japans’ Wall Street Journal) they report that Nintendo will launch a new version of the DS later this year.

Now I’ve already talked about this but this is where the Nikkei article gets interesting:Â  They say that this new DS is coming loaded with a built-in camera, music playback and a more powerful wireless to boot!

The camera will be used for new types of games – given what they’ve created with the Wii there’s no telling what this could lead to – though I’m sure it would involve taking pictures of yourself at some point…….

Of course, it’ll reportedly launch in Japan before it hits overseas, where it’ll sell for under 20,000 yen (Kotaku notes the current DS is 16,800 yen).

If true, it looks to be another iteration of the current DS, not the dual widescreen jobby I mentioned before – expect it in April or May 2009.