New Microsoft Xbox With Built-In Natal Controller For Next Year 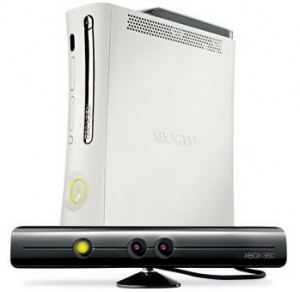 It sounds like the Microsoft Xbox 360 will be arriving with built-in Project Natal motion-sensing camera and voice-recognition technology from 2010 – Could this be a reply to Sony’s Motion Contol release?

Microsoft CEO, Steve Ballmer was speaking to The Executiveâ€™s Club Of Chicago and stated that the new Xbox 360 hardware would provide a â€œnatural interfaceâ€ and described Natal technology as â€œreally, really closeâ€ to being finished and ready for production.

Ballmerâ€™s comments about a new version of the Xbox 360 including Project Natal technology apparently caught the rest of Microsoft by surprise, with other executives scrambling to explain what was going on.

Aaron Greenberg, Microsoft Director, Xbox 360 Product Management And Xbox Live, admitted to Kotaku: â€œwe have looked at [producing an Xbox 360 with built-in Natal technology] but we havenâ€™t announced any details for something like that.â€

Greenberg went on to stress that Ballmer certainly wasnâ€™t talking about an entirely new generation Xbox 720: