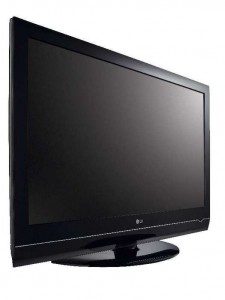 LG are now offering goggleboxes with Freesat built in – just like those by Panasonic.

As well as the Freesat freebie you get an Ethernet port, to future-proof viewers for IPTV (Internet Protocol Television) services, LG’s Intelligent Sensor II tech that adjusts the display based on light levels, 24p Real Cinema and TruMotion 100Hz in the 42-inch and up models.

In addition, there’s a dynamic contrast ratio of 50,000:1, a Mark Levinson-tuned “invisible” speaker, four HDMI ports and a USB for JPEG and MP3 playback.

LG aren’t giving away price details saying that it’s “retailer dependent” but I’d suggest you’ll be looking at around Â£570 for the smallest model.