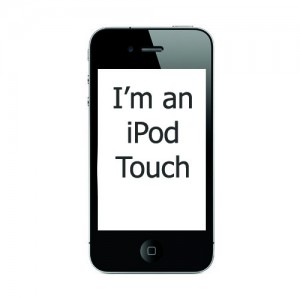 OooOooOoO………. it looks like the new iPod touch, a new iPad and a mystery device have been spotted amongst the code of the latest iOS 4.1 beta.

We already know to expect the annual iPod refresh but there’s rumours aplenty of a 7-inch iPad as well as an iOS-powered Apple TV….. could these bits of code hidden in the USB configuration files be definitive proof?

The obvious one is for the new iPod touch which has the code â€œiPod 4.1â€. That should point to a redesigned device rather than a mere update of the current iPod touch – everyone is expecting the same Retina screen as the iPhone 4, uprated camera including the addition of a FaceTime lens to bring it in line with the iPhone 4.

This is where it all gets more interesteing: â€œiProd 2.1â€. Until now I was happy ignoring the iPad mini rumours but this tag follows the original iPad’s pre-launch configuration files were listed it as â€œiProd 1.1â€ – now do ya see what I’m thinking? It’s either going to be that 7-inch slate or perhaps iPad 2 is being tested already.

More speculation is abound thanks to the â€œunknownHardwareâ€ tag. The configuration files for the device include an Apple product ID (20547) but the description reads â€œUnknown â€“ Add device descriptor info for this deviceâ€.

Most would point their finger at the rumoured iOS-enabled Apple TV (or iTV – Can any other UK gadgety fans spot a problem with this name?). The thing is it could be an iBike or anything else knowing Apple.

Do you have any other ideas what the mystery device could be?