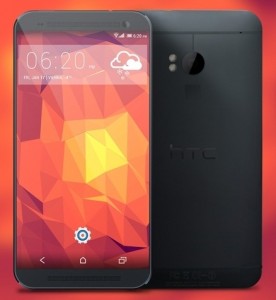 The 2014 HTC flagship smartphone may skip the usual launch do at Mobile World Congress in February, with sources claiming HTC are going to go solo Samsung-style, and demonstrate its next model at a standalone event in March.

The successor to HTC’s One flagship is expected for a late-March unveil in New York City, according to EvLeaks.

As most people keen on keeping tabs on smartphone developments will know, EVLeaks generally gives the word that becomes fact. So, when this short message was shared on Twitter, it got people talking:

“Starting to look like a late March, NYC launch for HTC M8.”

The One successor is expected to carry a larger 5-inch 1080p display, 2.3GHz quad-core Snapdragon 800 processor with 2GB of RAM, 16GB of storage, a bigger 2900mAh battery, microSD slot for expandable storage, Android 4.4 KitKat and Sense 6.

There has been word that the M8 could be packing a pair of sensors for the camera which could allow it to offer some Lytro-esque effects of allowing you to refocus the image after it is shot.

The final leak came over the weekend which purports to show that the HTC One for 2014 will only be sporting on-screen buttons as shown in the image above.