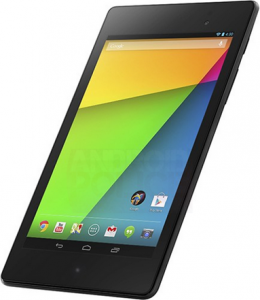 Having another poke around for Gadgety tidbits I have found more news about the soon-to-be-announced Nexus 7 v2.0.

It seems that there’s a leaky leak at Google or Asus as more pictures of the next-gen Nexus have been uncovered.

The new Google tablet is due for an official unveiling tomorrow but these latest snaps seem to be showing it in all of its slate-y glory.

These look like the real deal and further support the dual snappers – great, if you like that kind of thing but I still can’t help but point and laugh at people taking photos with their tablets. 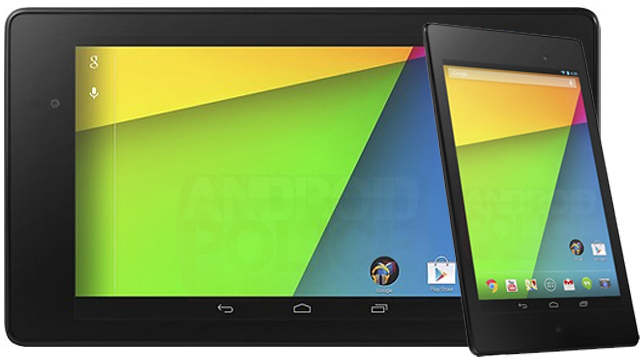 The time on the tablet is set to 4:30 which Android Police are taking as a sign that this Nexus will land with Android 4.3.

As well as upping the specs and adding that rear camera, Google will have to keep the Nexus 7 mk II as affordable as the outgoing version as this was definitely a strong point.

The 16GB Wi-Fi variant of the new SlimPort-enabled 1.5GHz quad-core Nexus 7 with a 1920×1200 display is expected to retail for $229 while the 32GB one will sell for $269. There’s no word yet on the LTE version, though based on the rumblings among tipsters, one should be coming at some point.

I would assume that the big G will keep the tablet below the £200 mark in the UK. If it does then there’s no reason why the next Nexus 7 shouldn’t prove as popular as the original.

Well, we’ll all find out tomorrow, that’s for sure.