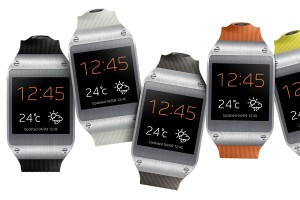 It looks like Samsung may be shunning Google Android in favour of Tizen for its Galaxy Gear smartwatch’s next iteration.

Samsung is pushing the operating system even though a Japanese carrier cancelled a Tizen smartphone release in January.

Samsung is reportedly taking matters into its own hands and loading Tizen on one of its upcoming devices: Galaxy Gear 2.0.

According to USA Today’s sources, Samsung will unveil the updated Gear watch, and a new HTML5 version of the Tizen operating system, at an event at the Mobile World Congress later this month in Barcelona.

Samsung is reportedly dropping Android in favour of the shiny new platform in a hope to gain greater control (and revenue) from associated software and services.

Also, the company’s apparently concerned that the Android version Google is currently developing for wearables may not be as open as the other versions.

This could pan out to be quite an interesting development. I’m just hoping that the new version is more smart and compatible with more devices.