New BT Tower Lights Can Be Seen From Moon – The Largest/Highest LED Screen? 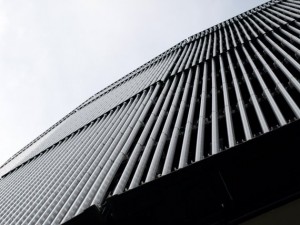 After being pointed to a Twitter post that said that “The BT Tower is currently going nuts with little flashes of light firing off it” I decided to investigate.

Was this new flashy show an attempt to ward of Kitten Kong (see below)?

Was it a huge electrical fault?

Was BT just showing off?

Gone are the restrained and friendly lights of old and in their stead is the mother of all LED screens.

The screen is wrapped around the Tower’s 36th and 37th floors, 167m above the pavement.

As with the more modest screens in TVs, red, green and blue LEDs give the screen its full-colour array.

The new screen will be readable from Waterloo Bridge by all accounts and be visible even on a bright summer day (in England???!!??).

Although the new screen will use more electricity than the Tower’s old skool lighting, each LED will last many times longer than the old bulbs, according to BT.

For all you frequent fliers out there – the new lights have been welcomed by pilots and not been cited as a distraction. BT denied that the Tower will contribute to light pollution, since, apparently, London is already so polluted by light that you can’t make the situation any worse even with the world’s biggest LED screen, which, allegedly, is visible from the Moon.

The now permanent screen will start up officially this evening during the lottery draw, and will start its life by displaying a countdown of the 1,000 days or so until the London Olympics begin.