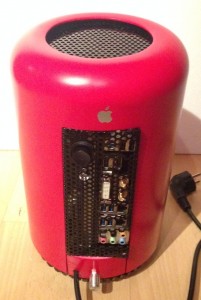 Mod forum member, Dschijn, has shared this excellent homebuild Mac Pro by sascha288 from a German forum over on the Tonymacx86 site. The replica has been created using a humble bathroom bin bought from Amazon.

Now, the new Apple Mac Pro might be out of range for most of us but instead of bemoaning the fact, sascha288 decided to build one instead.

This Mac Pro replica is equipped with a Core i3 Haswell processor, Gigabyte z87n wifi, Radeon 7750 and solid state disk (SSD) & HDD together with a ATX power supply. So, it’s not going to compete with the Apple product but it does what’s needed and shares those unique bin-chic looks.

The way that the modder has been able to fit everything into the normal, everyday bin and even replicate the port layout as on the original shows a keen eye and some decent build skills. 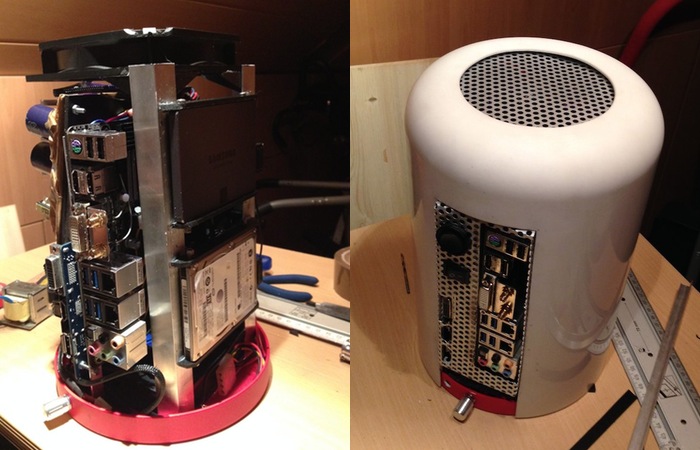 The finished Mac Pro Hackintosh measures 18cmx26cm and has been finished in a limited edition red to add to the final effect.

I have a feeling that Amazon might need to stock up on the bathroom bin used – there’s currently only two left in stock apparently.

For more information on the awesome Mac Pro Hackintosh project jump over to the Tonymacx86 website for details and more photographs showing the build process from start to finish.