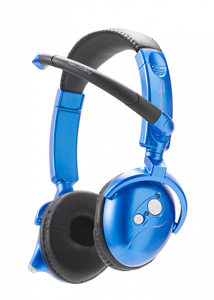 Fancy controlling your games with the power of your mind?

Neurosky’s Mindset isÂ  ready for PC gaming consumption starting in June according to the press release.

For those of you unaware of theÂ Neurosky Mindset: It’s a gaming controller that monitors brainwaves and uses those readings to carry out specific actions within a game.

The demosÂ include sliding boxes, lifting objects, and settingÂ stuff on fire.

Quite mundanely in comparison; theyÂ also double as a pair of normal headphones with a bluetooth mic built-in.

By relaxing and concentrating you can change what happens on the screen.

The computer detects the type and magnitude of waves you generate in certain scenarios, then adjusts the sensitivity during calibrationÂ so that gameplayÂ should beÂ achievable for everyone.

The Mindset will be available in June for around $200.

Neurosky says they would like to partner up with companies and developers down the road (they’re launching with Toshiba in Japan), but want to get the hardware out there so that apps can start showing up in the marketplace.

It looks like the main stumbling block will beÂ third-party developer support asÂ the system wontÂ  add any new functionality to current games.

The kit will include:

* Instructional videos and detailed documentation
* “NeuroBoy,” – a game demo and example environment that highlights different ways to implement NeuroSky’s brainwave algorithms. In the game, you play as NeuroBoy, a gifted kid with mental super powers. Float, push, burn, and interact with the world using your mental might.
* Brainwave Visualizer and NeuroSky’s demonstration tools – The Brainwave Visualizer paints brainwave activity dynamically displaying the information in an artistic and vibrant manner. With the additional NeuroTech R&D Kit, users can perform their own brainwave research, or develop their own software and hardware applications to interact with, and take advantage of all the MindSet’s capabilities.

Â If you’re a bit handy there will be an SDK out in the summer so you can build your own apps.

Read more about the Neurosky Mindset