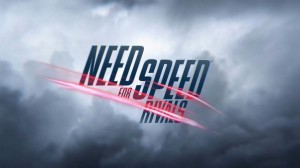 Open world racing just got a facelift – next gen style. Dangerous, fast and wanting to knock you black and blue, Rivals has finally arrived in Europe.

The dust settled over Fairhaven leaving us wanting more and Ghost Games grabbed the gauntlet. Next gen and a new ride, Rivals takes us to Redview County; the open playground where cop and urban racers clash in the usual million dollar rides. 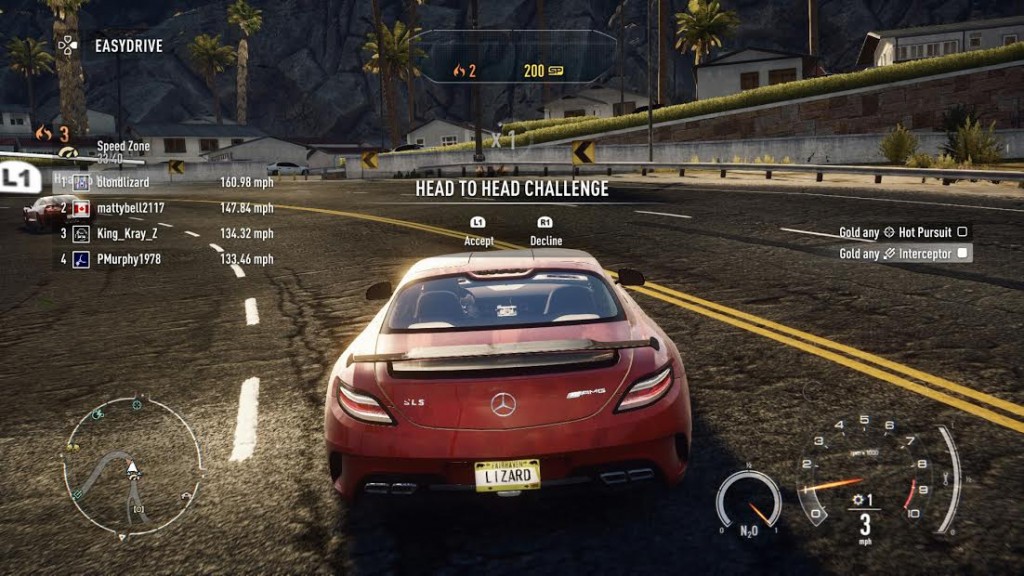 Need for Speed: Rivals is my first PS4 game review. I could not have chosen a better day one release to submerge myself into and truly taste all the power and excitement the next gen console can throw at me. Number 20 in the NFS series, Rivals is a potent cocktail of Most Wanted merged with the dying embers of Burnout.

The thrills Rivals conjures up are ongoing throughout, whether it be driving through snowy mountainous regions, highways aligned with dense pine forests or careering through winding country roads. Every detail is here. Rivals is a powerhouse that prowls through the countryside, all set to leap into action, waiting to hunt and take down its prey. Added to the chase are incredible weather conditions: lightning that rips through the dense thick dark clouds and hard hitting rain that streams down the back windscreen. Even glowing red hot break discs that cool down are here. Each element really gives variety and added life to Redview County. 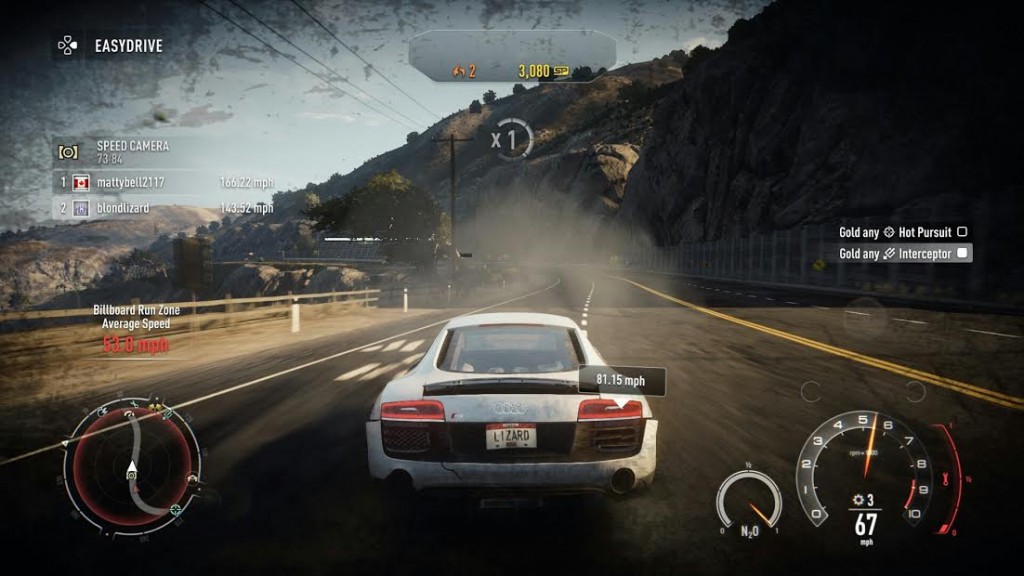 The track ahead is of course littered with different set challenges and cars to shut down. You can dip between being a racer or cop. The aim in both is to beat objectives and earn Speed points. Acquiring SP enables you to purchase faster cars, car upgrades and bling – you know the score by now. This time around, unlike Most Wanted, high tech gadgetry is at your fingertips (or should that be gear stick). The use of such race-ending props like shockwave blasts and stun mines bring a different aggressive stance to the race ahead. These gadgets can be used by both the race car and the cop car. Furthermore, unlike Most Wanted there has been a move away from blasting through gates and personalised billboards, something that I loved about the last NFS instalment. We can’t have everything I guess. That being said, speed cameras still align the highways, showing you how slow your friends are, giving added incentive to upgrading your supercar. Unfortunately another feature that doesn’t feature here are the dense city blocks. There’s no playing peek-a-boo with chasing police vehicles. Rivals is about open road and highway based racing and is even more intense than its predecessor for it.

Rivals keeps the adrenaline pumping. Just as you finish one race, you can challenge another racer with the click of your left finger and the action continues. The races are constant and fast. Throw in the police threat, whether it be from patrol cars or police helicopters, and the sweat factor is constantly heightened. Following the GPS while hitting 200 mph is slightly easier now, as a green arrow at junctions show you which route is yours. Another great new feature. 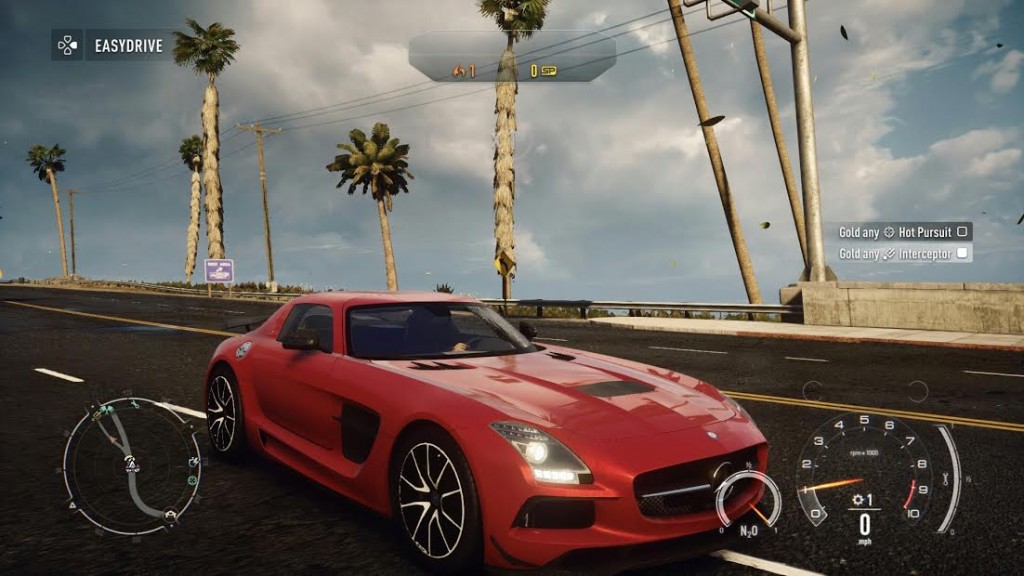 Rivals played on the PlayStation Vita via remote play looks totally awesome too. All the fine detail you see on the big screen, the Vita captures just as well. I have included some footage I shot of the remote play so you can see for yourself. Rivals is just as smooth and fast with no lag. Let’s hope future PS4 racer’s run just as well as Rivals does on the Vita.

Having followed the NFS story unfold from the PlayStation 1 days, I can truly appreciate every single moment of Rivals. Rivals steamrolls you head on with pace you won’t even remember yesterday. PS4 has a release day racer that is utterly brilliant. Rivals is the ultimate racer and the first to be armed with sensational PS Vita remote play. It’s loud and scarily brilliant. Welcome to now gen racing.