NEC N-06A is a Smartphone and a WiFi Hotspot 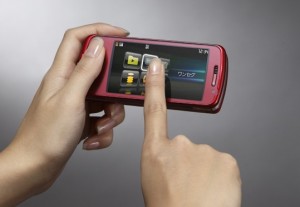 Now, this is something new to me.

This is NEC’s N-06A and is soon to be seen on NTT DoCoMo over in Japan.

Apart from the expected phone stuff such as making calls on the carrier’s FOMA network, the phone can actually double up as a wireless access point when AP Mode is enabled!

This is taken care of by the cutting-edge Atheros AR6002 module, which enables handsets to operate in infrastructure mode. That’s the primary wireless connectivity framework used by access points, routers, laptops and other WLAN devices.

So, in plain speak, your netbook (and seven other WiFi-enabled devices) can hook up to the interweb via your handset.

As usual, there’s not even a whisper of a price or ship date for the handset.

What I wanna know is when can we in Europe expect to have phones loaded with that chipset?