Music Vids Come Back to UK You Tube – PRS Getting Paid 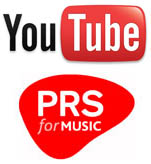 If you’re in the UK and want to watch a music vid you’ve probably gotten the message that the vid is not available in this country!

Back in March, Patrick Walker, YouTubeâ€™s director of video partnerships, said that:

â€œPRS is now asking us to pay many, many times more for our licence than before,â€ claiming â€œthe costs are simply prohibitive for us – under PRS’ proposed terms we would lose significant amounts of money with every playback.â€

Now YouTube has agreed to pay money to PRS backdated from January 2009 until 2012, according to the BBC.

Anyone else think that the whole music industry needs updating?

So – “over the next few days” we should see a return of our favourite videos to YouTube.

Don’t expect me to get much work done after then 😉