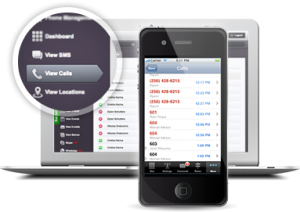 With the current phone hacking case continuing to make headlines it’s perhaps timely to give you the heads-up on the mSpy app. When installed on an Android, iOS, Symbian or BlackBerry device, it can track phone calls, location data and keyboard strokes in the background without you knowing.

Apparently the app has been designed for legitimate and legal monitoring use. For instance, Companies could inform their employees that they’re monitoring company phones for security purposes, or concerned parents could include the software on devices they give to their kids. That kind of thing.

Just to make doubly sure that mSpy covers themselves against any covert naughtiness the company displays the following disclaimer on its website:

My Spy (mSpy) is designed for monitoring your children, employees or others on a smartphone or mobile device that you own or have proper consent to monitor. You are required to notify users of the device that they are being monitored. 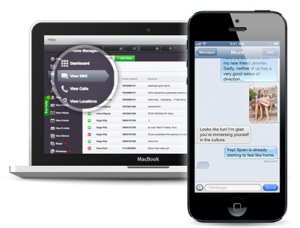 After further reading, however, elsewhere on the company’s website the mSpy refers to the app as a bugging tool for gathering evidence, ominously referring to the user of a tapped phone as the “target”. mSpy also claims that its software is “100% undetectable,” which really shouldn’t be necessary if the monitored users have been informed that they are being watched.

Thankfully, the app requires physical access for installation. The iOS version requires that the client device is jailbroken, and it isn’t currently compatible with iOS 7 and recent versions of iOS 6 (6.1.3 and 6.1.4). 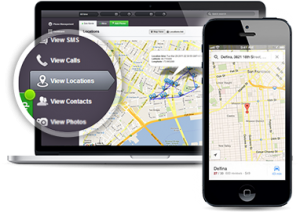 mSpy for Android works with some of the platform’s most popular devices, including the Galaxy S4, Moto X and the HTC One, but spying on apps like Facebook, Skype, Viber and Whatsapp requires the phone to be rooted. Older BlackBerry and Symbian phones are also supported.

I am sure that this could be a useful tool for business and concerned parents alike, but it also looks like it could prove to be even handier for more covert and less-than-honest purposes. Disconcertingly, mSpy claims to have over 1 million paid users.

If you’re interested in using the software for whatever reason, plans start at £24.99 a month or £39.99 for three months for the Basic package.

This just makes me want to keep my phone even closer to hand and to never let it out of my sight.