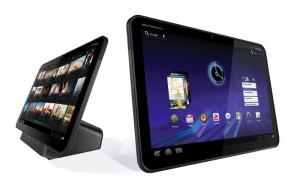 If you’ve been patiently waiting to get your paws on the Honeycomb powered Motorola tablet then you can grab one now for Â£490.

Simply Electronics has the 10.1-inch dual-core processor equipped tablet ahead of any one in the British Isles – Motorola are still not giving anything more definite than early April for the official XOOM UK launch.

PC World has already shaved the pre-order price of the Xoom which now stands at Â£479 .99 – could the tablet be getting even more competitive? Let’s hope so eh – it can only be a good thing for us gadgety buyers 😉

Let’s see if Moto sell a million XOOM’s by June.