Motorola Moto X heading to the UK next month 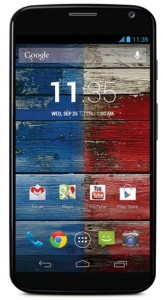 The Moto X Android-based flagship phone, which has been strongly shaped by Motorola’s relationship with its parent company Google, arrived in the US in August of last year, with Motorola saying it had no plans to bring it to Europe. That, good people of the UK and beyond, has just changed.

Designed and built to reinvigorate the Motorola brand, it’s also the first born from the company’s relationship with Google now that the big G owns Motorola Mobility outright.

The Moto X is highly customisable if you opt to buy via the Moto Maker site which allows you to order a personalised handset, selecting from one of two front colours, 18 back colours and seven accent colours – this even includes real wood!

You can even have a custom message printed on the back of the phone, and choose between 16GB and 32GB storage capacities. The handset will be built for you in the US and shipped for free in less than four days. 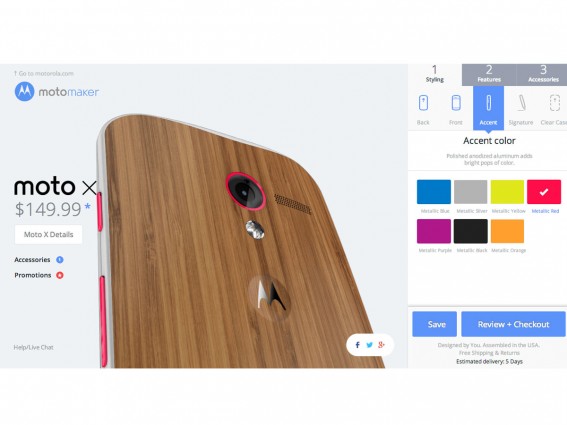 Apparently this service will follow the phone over at a later date.

The in-store versions are a more standard white or black choice. You get the basic 16GB capacity and around 4GB of that is already accounted for when you take the phone out of the box. You do, however, get 50GB of Google Drive cloud storage in with the package.

The Moto X is the result of a two-piece construction with an HTC One-style curved back (made of Kevlar) that fits snugly and comfortably in your hand.

The Gorilla Glass-fronted screen runs almost edge-to-edge, making the X smaller than other 4.7-inch phones such as the Google Nexus 4.

That 4.7-inch AMOLED screen packs a resolution of 1280×720 and pixel density of 312ppi. That’s a little less than the 326ppi offered by the iPhone 5’s Retina display, but it’s plenty sharp enough.

The X sports a dual-core Qualcomm Snapdragon Pro chipset clocked at 1.7GHz, plus 2GB of RAM. Not life-changing specs or something to brag about in the pub perhaps, but it’s well above average for a smartphone. There’s NFC and 4G LTE support too.

The Moto X is probably one of the best phones Motorola has ever produced. It’s not exactly a powerhouse of impressive specs but it is a phone that has been designed to be easy to live with and easy to use – and it hits its marks perfectly.

So, where can you get one?

Carphone Warehouse will be stocking the Moto X when it becomes available on 1 February, although no specific contract pricing has been made available yet.

Phones 4u has announced it will be stocking the Moto X, and Motorola also said the retailer will have exclusivity of the white model for the first three months until May 2014.

Network carrier O2 has also said it will offer the Moto X, although again, no specific contract pricing has been announced.

Online retailer Amazon has announced it will be stocking the Moto X and as it will be a SIM-free model, you can expect to see it on the site for £380.

Motorola has said the Moto X will be available on contracts starting from £25 a month.

Moto X specs at a glance