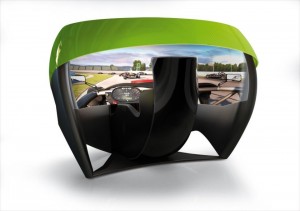 There’s only way to settle this ‘which console is for serious gamers’ (it’s PCs by-the-way ;)) debate – buy one the TL1s from Motion Simulation and then no one would be able to challenge your gaming cred.

The Motion Simulation TL1 will handle full-on racing simulators as well as testing your flying skills.

If you fancy the full kit then you’d better have deep pockets as the Motion Simulation TL1 racing simulator will hit you for £41,000 – oh, and a big room to put it in.

You do get extra bragging rights as this simulator has been designed, developed and manufactured in the UK in cooperation with the Ariel Motor Company – yeah, those warped minds that brought you the amazing Ariel Atom.

The TL1 houses a 180 degree, spherical projector screen and variable driving position cockpit so there wont be any complaining about the equipment when your buddy trounces you on a two-player game 😉 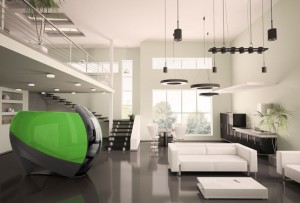 As I alluded to earlier, you need some room in your lounge for this chunk of tech. The console measures over two metres wide but you do get a totally immersive and realistic sensation of driving or flying.

Part of that realism comes from the TL1’s unique seating system which can be rotated to go from Touring and GT car positions to Eurofighter – if you fancy something more extreme then slip it in to Starfighter or Formula 1 car settings. The company states that the racing simulator is accurate to within 2mm thanks to them going to different tracks with a “laser”.

If 41 grand is a bit much (I see a lot of nodding) then you have the option of a ‘cheaper’ version which costs around £20,000 and will let you just plug in your PC or console. Well, that is half price!

If you happen to have a projector and other bits n bobs lying around doing nothing then you could start slicing away at the price and could score yourself a TL1 Full Simulator for about £11,500.

The company is currently working on a chair-based version called the TL1c which promises to be cheaper but, currently, no word as to by how much.