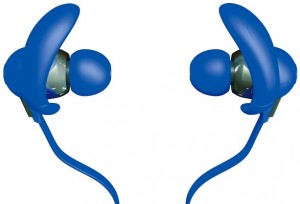 Monster, the company that brought you the Beats by Dre series, have just released details of two new sets of in-ear earphones. One set is aimed at the sweaty, sporty types whilst the others are for live music fans.

Whether youâ€™re an athlete or a musician Monster have something coming just for you.

These were developed specifically for athletes who use music to keep them â€œin the zoneâ€ and happen to be completely washable – and sweat-proof. The iSport Immersion sounds like the perfect work-out partner for the Sony Ericsson Xperia active phone to me 😉

The iSport headphones come with the Immersion in-ear clip design that keeps the headphones in place and feature an adjustable ear pipe located right on the headphone housing. You also getÂ Monsterâ€™s ControlTalk technology which lets you control audio and video playback from the headphones themselves. ControlTalk works with the Apple iPad, iPhone, and iPod touch, and features a microphone and answer button for hands-free chit-chat. The iSport Immersion come in black or blue. 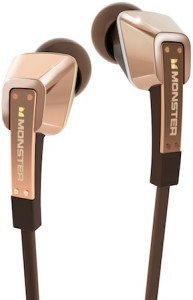 Just like with the iSport earbuds the Gratitude headphones also feature Monsterâ€™s ControlTalk system, meaning you getÂ hands-freeÂ calling or control playback on your iPad or iPod.

â€œYou hear incredible articulation and detail with these headphones. Itâ€™s impressive!â€ said EFW lead singer Philip Bailey. â€œThereâ€™s amazing separation, [and] you can really hear the difference between my voice and Mauriceâ€™s. I clearly hear details in the music that I donâ€™t with other headphones, especially the bottom end.â€

The Monster iSport Immersion in-ear headphones are slated to arrive very soon with an RRP of $179, while the Gratitude in-ear headphones should become available in September and will no doubt cost quite a bit!