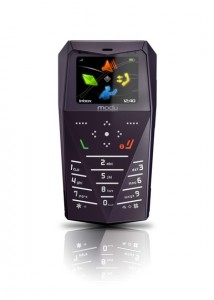 As you regular readers of GadgetyNews will have noticed – I have been keeping track of the wonderfully clever modular mobile phone – Modu.

I am pleased to announce that Modu 1 has finally made it to the UK!

You can slip this credit-card sized phone into different ‘jackets’ which opens up a world of looks, designs and even interfaces and features!

You’ve been lucky enough to able to grab yourself a Modu if you lived in Israel, the Philippines, Romania, and so on but now it’s come to visit us here in United Kingdom.

So, whether you want to slip it into a JBL Sound Jacket, a digital picture frame dock, a sports armband or the covert-sounding Night Jacket (main pic) which adds a 3 megapixel snapper to the mini mobile you can do so in Blighty.

There has been some noise regarding a touchscreen version called the The Modu T (not to be confused with Ford’s Model T) and apparently it should appear in the last quarter of 2010.

The Modu T is said to pack Edge and 3.5G Internet connection but no word on Wi-Fi and it sounds like the T will have a different OS to the one on the current model. I’d like to think that Modu may get Android as that’s open source and would definitely be a great addition to a modular phone 🙂

If ‘updating’ your phone when you want to and being able to shove it in to different things to change its form and function is what you want in a mobile blower – slip over to purelygadgets.co.uk and grab one for Â£130.