MobileMe Locker will take iTunes to the Cloud 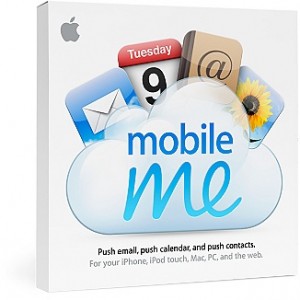 Word is that, thanks to a deal between Apple and Warner, Cupertino may well be tweaking its MobileMe service.

The main focus of the update concerns users’ music libraries and would bring about a feature called the “locker” which is expected to house a cloud-based backup of user’s files.

Now, I am not entirely sure whether the new improved service would allow downloading or streaming to a user’s Mac, PC or iThingy but that would be a most excellent move would it not? I guess that’s something else for Apple to iron out with the major labels – but surely you’ve bought the track so this is just another mode of playing what you’ve bought?

The reported deal with Warner is Apple’s first step towards gaining the approval of the major labels:

“Informed sources say that Apple has sealed its deal with Warner and has been using that agreement to leverage the other labels to get the deals done in time for the April launch … These same sources tell me that although Universal Music and EMI are more or less pushovers, Apple may actually get some pushback from Sony.”

The MobileMe service is also said to be getting a hefty price cut – down from $99 per year to 20 bucks – I know that’s not much but free is always better aint it? 😉

If this all falls into place it may go someway into explaining Apples new Â£1 billion data storage centre that has popped up in North Carolina. Could this be the new home for millions of iTunes library back-ups?

Would you pay $20 to be able to stream your iTunes to wherever you are? I’m kinda tempted – I know that most people have more music than will fit on any of their pocket iTunes devices.

Leave a comment in the fab new area below 🙂