Mobile banking: the future at our fingertips? 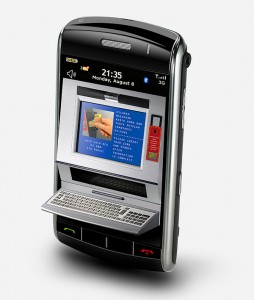 We live in a world that’s increasingly dominated by our gadgets. With the growing popularity of smartphones – and the internet on them – we can now manage many aspects of our lives from our fingertips. What’s more, it seems people are increasingly turning to their mobile phones to manage their money, benefiting from the speed and convenience that mobile banking can offer.

Recent thinkbanking.co.uk research looked at exactly how many people were visiting its website using their mobile phones, revealing some interesting results.

While visits to thinkbanking.co.uk saw an overall increase of 161% between May 2011 and May 2012, the number of people accessing the site with their mobiles during that period rose more than three times as fast: by 497%.

As greater numbers of people turn to mobile-optimised banking services, it seems that the future could be one in which mobile banking plays an ever-more central part.

Exactly what devices are people using?

The research found that the iPhone is the most popular mobile device used by people visiting thinkbanking.co.uk. Yet the iPhone also showed the slowest growth over the year – showing a 266% rise in the number of visitors.

Android phones and tablets, in comparison, saw a much greater increase – a 518% rise in people using them to visit the bank account provider’s website. Overall, iPads saw the fastest growth in website visitors (909%).

Interestingly, visits using PCs and Macs (including laptops) rose by only 137%, suggesting that mobile devices are quickly overtaking other forms of technology when it comes to accessing the website.

What does the future of mobile banking hold?

There are various explanations about why more and more people are turning to their mobile phones and tablets to manage their money.

One obvious reason is the increasing popularity of the smartphone, which allows people to do things on the go that they would’ve previously done using their home computer – including checking their bank balance and using other banking services.

At the same time, bank account providers are reacting to the growing public demand for mobile banking, making it easier to do more on the go. Several banks already offer apps that allow customers to transfer money between their accounts – and in the current climate, a lot of banking customers feel that the more control they have over their money, the better.

Ian Williams, head of PR and communications at thinkbanking, said: “The fact that visits from mobile and tablet devices have increased three times faster than desktop computers shows just how big mobile banking could be in the next few years. Recent research indicates that a quarter of mobile internet users already manage their bank account this way, and we’d expect the numbers to rise before too long.”