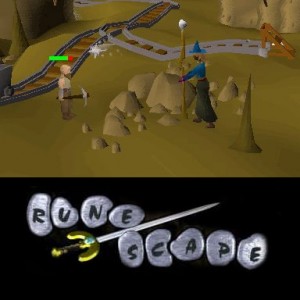 That was the finding of the Today’s Gamers MMO Focus report.

Apparently the four million + players of massively multiplayer online games spent Â£195m on them last year in the UK alone!

That’s more than any other European country on the genre last year â€“ even though Germany has almost six million MMO gamers (and soon Kebab robots)!

Unsurprisingly World of Warcraft and RuneScape were found to be the most popular online MMO games in the UK, with three quarters of a million players between them.

The report also revealed Brits spent an average Â£10.60 per month on MMOs – over 90% of that is spent directly online.

The breakdown of that huge Â£195m total looks like this:

Total spending figures for Germany and France came in at Â£165m and Â£145m respectively.

Just in case you’re wondering how Europe compares to America.Â  The states spends a crazy Â£2.55bn from 46m gamers.Â  This all goes to a global MMO spending of Â£3bn.