Microsoft Zune Phone Incoming – How it Might Taunt iPhone 4G 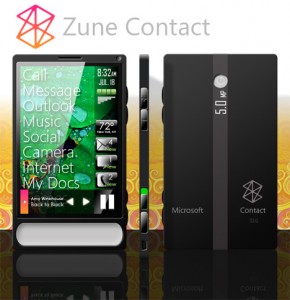 It seems that the chances of getting a Zune Phone are getting more likely.

Spanish tech blog, MuyComputer reports that NVIDIA has confirmed it will be joining Microsoft to announce the Zune Phone at the Mobile World Congress conference in Barcelona.

This makes plenty much sense as the Tegra chip is already used in the very capable Zune HD. As well as being a potent performer it’s also kind to the battery.

So – should Jobs & Co be watching carefully?

Well, if all the rumours about the Zune Phone are true – quite possibly.

This is a new phone so an ideal chance to slip out the new Windows Mobile 7. This already has multitouch so there’s one huge hint right there methinks 😉

Also with WinMo7 – word is that the big M will only allow their precious on OLED packing devices. So, Zune Phone should have an OLED screen then? This is the second battery-friendly addition that should see the Zune Phone outlast the Appley lovely in the power-stakes.

Having that Tegra chip also should mean that this phone will be loving the HD. It might even sport HDMI out, which will mean you can shove your phone into your big screen telly and perhaps sling home clips up to YouTube HD.

Now, gamers pay attention. Microsoft already has Zune on Xbox, so having Xbox on the Zune Phone and BOOM! I can smell some huge phone gaming potential.