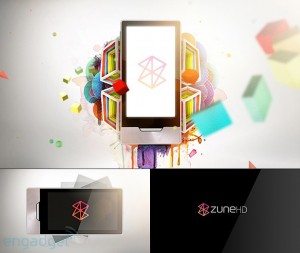 Engadget have released some interesting news including some rather tasty ‘official’ pics of the next generation of Zune player.

These Zune HD concept pictures aren’t just the whim and dreams of a Microsoft Zune fanboy or girl that happen to be quite handy with photoshop – apparently this design had been produced for Microsoft.

That means that The Microsoft Zune HD is real and that it looks pretty darned lovely to me!

Technologizer’s sources who are said to be “close to the Zune team” confirm that the Zune HD is the fourth-gen Zune.

The source says that the Zune HD is a tad smaller than an iPod touch with “competitive” capabilities.

More when I get it.