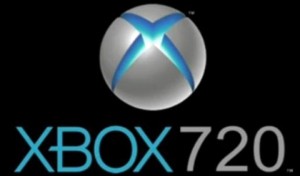 I am sure that there are plenty of you out there waiting to see what the next generation Xbox 360 will bring.

A designer who has been working with the big M on the follow-up to the 360, Ben Peterson, has been discussing the very same thing via his online portfolio and has revealed some interesting information about the next gen console – he’s even posted up a picture (see in the gallery – or click here) of the future Microsoft gaming console.

Along with the confusing angles of what is being claimed as none-other-than the Xbox 720 Peterson has added:

Just a shame he didn’t post up a better picture eh? 😉

Before you question the 2015 date, when Microsoft released Kinect the company’s European boss, Chris Lewis, said that the new controller tech extends the format’s lifecycle through to 2015 – coincidence?

Add to that the fact that Microsoft is advertising positions for hardware design roles for the new console on LinkedIn amongst other places.

So, what do you reckon? Is another 4 years too long to wait?