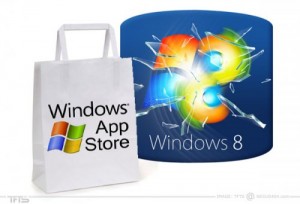 Thanks to the iPhone, app stores are all the rage these days. Google followed with its Market Place for Android and then Apple went and transferred the concept to the Mac thanks to their app store being built into Lion.

It seems that Microsoft want in on the action and have decided to follow the trend and are putting an app store in Windows.

Windows is obviously the Big M’s most important product and a key source of its revenue and profit. I am guessing that they see the potential increase to this revenue coming from a new software distribution stream.

This new app store will follow on from Microsoft’s adventures and experience with the Xbox and Windows Phone online stores – so they’re definitely not going into this blind.

I am sure that the developers out there will be very interested to see what Microsoft’s business terms will be.

As the Microsoft Windows Software Store won’t actually launch until Microsoft’s releases Windows 8 next year I am hoping that they will announce when the public beta of Windows 8 will be released. Let’s see if the February date rumour is right 😉

Does this thrill you or leave you cold?