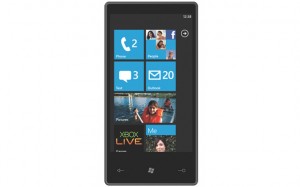 Barcelona’s MWC has been buzzing as to what Microsoft was going to bring to the stand.

Even though the Project Pink hasn’t been officially outed yet the Windows Phone 7 Series has.

â€œSmart design and truly integrated experiencesâ€ is how the big M describes it.

What is cool is the Xbox LIVE games and Zune music and video marketplaces that will drop content directly to your Windows Phones.

Microsoft already has partners building phones with Windows Phone 7 Series inside, in Europe the first to confirm its involvement is Orange, which says itâ€™ll be making handsets with all of Microsoftâ€™s new gaming and media skills inside, as well as Orange TV and Orange Navigation services.

The eagle-eyed amongst you will have spotted those ‘Live Tiles’ that replace the usual shortcuts on the homescreen on the Windows Phone 7 Series. These clever tiles actually update to show content from the web automatically.

Microsoftâ€™s LT’s lets you create a Tile for a friend and then you’ll automatically see that personâ€™s latest pictures and posts, just by glancing at that Start Screen (stalk you much?).

Windows Live is integrated as is Facebook so there’s no excuse as to why you don’t know what your ex had for lunch.

Windows Phone 7 Series is rocking the multitouch so now WinMo is going toe-to-toe with Apple’s iPhone.

Anyone making a handset and wants it to run Windows Phone 7 Series will have to include a real button to that takes the user straight to Microsoftâ€™s Bing search engine.

Microsoft says that Bing is getting cleverer and on the Windows Phone 7 Series it will deliver â€œintent-specific resultsâ€. This means that the results will be more tuned to the things you type in – which might/might not be embarrassing depending on what you usually type about.