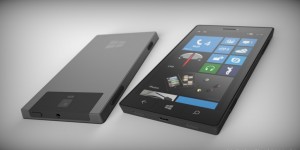 Microsoft has taken it upon itself to show Windows tablet builders how it should be done – could the Big M be planning to do the same with smartphones? Word is, it’s highly likely.

With the Microsoft Surface almost ready to be unleashed with prices for the Windows RT version leaking out yesterday, the company may well decide to focus on showing its partners what a Windows Phone device should be like.

There has been rumours that the final touches to the Surface smartphone are being completed and that it could launch in a matter of months.

According to French website MonWindows Phone, there’s further confirmation of its existence thanks to GPS data found to be from Microsoft’s HQ in Redmond.

An anonymous developer managed to track down longitude and latitude details of the phone, which shows the ‘Juggernaut Alpha’ device – as it’s codenamed – located at the Studio H building on the Microsoft Campus, a fact confirmed by Microsoft’s own Bing Maps service.

What makes this device special is the phone’s firmware, which is listed as being redmond_83012_123215.

The Windows Phone 8 gadget is proudly displaying ‘redmond’ in its firmware which would suggest that it’s an in-house gadget and not something from Nokia or HTC.