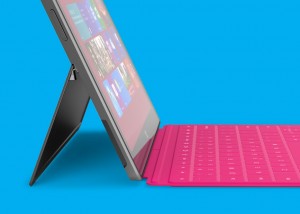 If you have been patiently awaiting the arrival of Windows 8 tablet then the Microsoft Surface’s imminent materialisation to market must be making you giddy with excitement. But, how much will it actually cost?

It’s probably an understatement that the Windows 8-powered Microsoft Surface is second only to the Apple new iPad (3) in the realms of talked-about tablets.

The hardware looks good and the keyboard-packing covers are a stroke of genius but the finer detail of price is still a contentious issue – so, where do we stand?

Naturally, we are all hoping that Microsoft would slip out the Surface at a sub US$200 (£123) price which would worry the likes of the Nexus 7, Amazon Kindle Fire and Acer Iconia Tab A110 (review here soon!).

Those dreams were crushed when Microsoft CEO, Steve Ballmer, said it absolutely won’t be that cheap. Reasoning that those low end tablets can’t offer the functionality more pricey ones do. OoooOoooooo!

Now, that could quite possibly be the starting price as there will be several storage options and two different Surface tablets, in the Windows RT version and the full Windows 8 Pro slate. I very much doubt that the Surface Pro will go for under £400.

Steve B even said that the iPad was a well priced device, suggesting that’s the price-range and the market he has set his sights on.

Who would you bet on in a celebrity death-match between iPad and Surface?