Microsoft Surface Ready To Buy in UK! TV Dinners Will Be Great! 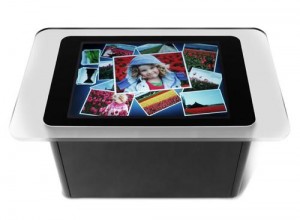 Your other half wants you to get a new coffee table.

But then you realise what has just been released to buy in the UK.

The Microsoft Surface has now been officially launched in the UK, as well as in 11 other European markets.

Just don’t tell that partner of yours that the account and credit card will be practically Â£10,000 lighter!

As well as being able to support your beverages and TV dinners you’ll also have access to a touchscreen computer as you watch the tele and dunk biscuits into your brew.

Microsoft obviously expect the Surface will become the central ‘hub’ of the main space in your home as it will be able to interact with a number of people simultaneously.

Imagine all sat around and being able to reach over for a hob-nob and then ‘grab’ digital information from the screen -Â  music, media or film.

You can even update your mobile phone or MP3 player simply by placing it on the ‘table’.

And then there’s the fact that board games will never be boring!

Apparently the big M has received an ‘overwhelming response from companies worldwide’ following the first unveiling of the Surface.

So, I’m guessing that means that you’ll be seeing a bunch of these techno-tables hitting the high street just like those in Inamo.