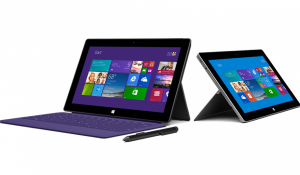 After the announcement and release of the new Microsoft Surface 2, the grapevine went quiet about the much rumoured mini Surface tablet. Until now.

According to ZDNet’s Mary Jo Foley, Microsoft is delaying the launch of the 8-inch Surface tablet, possibly til next year, due to an essential software update.

Previous reports had indicated Microsoft would go into full production of the Surface mini by the end of the year, but the company has remained silent about any smaller tablet plans. Foley claims Microsoft will ship the device in early 2014 instead.

The reason for the delay is said to be due to a Windows 8.1 “Spring 2014 GDR” software update.

The General Distribution Release (known as GDR) model is used by the Windows Phone team, but Microsoft is readying a large update for Windows 8.1 too.

According to The Verge, Windows ships GDRs monthly as part of the security and update process. After Windows 8.1 was finalised and hit Releasing to Manufacturing (RTM), Microsoft branched off its code to create a special GDR model that delivers all updates.

The timing of Microsoft’s update coincides with the likely release of Windows Phone 8.1, and some of the work is designed to make the two work better together. It appears that Microsoft wants to ship this particular update with Surface mini, so there could be additional work for 7- and 8-inch tablets involved in the update too.

CNET has word that the Surface mini will actually sport a 7.5-inch display which would fall in-line with the extra work needed from the update.

Their chat with Rhoda Alexander, director of Tablet and Monitor Research at IHS iSuppli, revealed that the smaller Surface would be an RT tablet with a 4:3 aspect ratio and a 1,400×1,050 resolution display.

Another possible feature, though not confirmed, could be 3G/4G capability. That would be a first for a Microsoft tablet.