Microsoft Shopping Spree – Got Skype is Nokia Next? 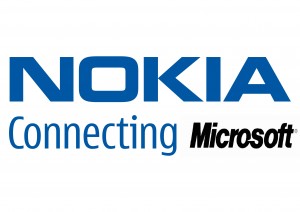 It looks like Microsoft has got money to burn this month as the all-round tech giant has already dropped Skype in its shopping basket and is fancying something Finnish and mobile to add to its list.

Nokia was a supremo in the world of mobile phones and I still look back on my N95 with fondness but recently, the Symbian-loving Finns have seemed to missed the boat… with painful regularity.

Nokia and Microsoft have already announced that they are buddying up and new Noks will soon be supplied with Windows Phone 7 instead of the Symbian OS.

But, it looks as though the big M might have something deeper in mind.

Eldar Murtazin, the same man behind breaking the Nokia/Windows Phone 7 months ahead of its official announcement, has declared Microsoft plans to buy out the mobile arm of Nokia as Microsoft wants a larger slice of the mobile market.

But, looking around the interwebs for any other signs is seems that Mark Squires, UK Communications Director for Nokia, has a rather no frills response to this news:

We typically donâ€™t comment on rumors. But we have to say that Eldarâ€™s rumors are getting obviously less accurate with every passing moment.

So – do you believe the ‘breaking’ news or the UK Comms Director?