Microsoft sending Surface Pro to UK at the end of May 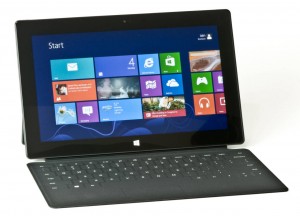 We had to wait for Microsoft’s Surface RT and now we’re finally going to get its bigger brother, the fully-fledged Surface Pro.

The Intel-powered, Windows 8 Pro-equipped Surface Pro is currently available only in the US, Canada, and China but Microsoft had finally got around to granting a wider audience.

If you happen to live in Australia, Austria, Belgium, Denmark, Finland, France, Germany, Hong Kong, Ireland, Italy, Luxembourg, New Zealand, the Netherlands, Norway, Portugal, Spain, Sweden, Switzerland, and the United Kingdom you’ll be able to get your mitts on a Surface Pro “by the end of May.”

South Korea, Malaysia, Russia, Singapore, and Thailand will all receive it “by the end of June.”

While announcing the wider Surface Pro release, Microsoft said that it had been having problems keeping retailers stocked with the 128GB units. Come the wider international release, the company said it will have sufficient supplies to satisfy demand.

I really am interested in testing out the Surface Pro as it has the potential to make me want to own a tablet.