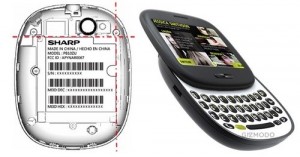 The MWC is a matter of hours away and most eyes will be on what Microsoft will be bring to parade on centre-stage.

Windows Phone 7 is almost a given but it seems that the Project Pink phone, Sharp’s ‘Turtle’, as been FCC’d (Federal Communications Commission).

The diagram on the right for model PB10ZU shows more than a passing resemblance to the Turtle pic I posted about in September.

According to the paperwork the PB10ZU will be loaded with dual-band CDMA, EVDO, Bluetooth and WiFi connectivity.

Engadget spotted that the FCC filing’s details are being withheld until March 29. That’s just after the potential Zune Phone unveiling that is rumoured to take place at the CTIA conference in Vegas.