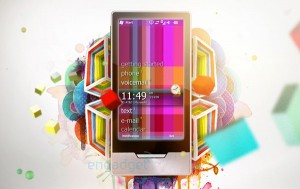 Mary Jo Foley at ZDNet says she’s got the specs for the Windows Mobile 7 Chassis 1 – the heart of that rumored “Pink” smartphone and those specs are quite, quite fab!

According to the list the Chassis 1 phones will all have a 3.5 inch (or larger) multitouch display and will be powered by an ARM v6+ processor.

The Pink phones will also have OpenGL ES 2.0 compatible graphics hardware, 256MB or more RAM and 1GB or more of storage.

On top of that will be goodies such as at least a 3 megapixel camera, GPS, WiFi, Bluetooth, a compass, and accelerometer and of course a 3.5mm headphone jack.

Here’s the thing though: NVIDIA’s Tegra platform is specifically listed as meeting the core CPU requirements, as well as TI’s OMAP 3 platform and “Qualcomm 8k” which, to those that know about stuff like this, are not unlike Snapdragon’s QSD8xxx-series chips.

Those three, especially the Tegra, have been named as being potential Microsoft phone platforms.

So – now I’m confused.Â  Is ‘Pink‘ the software or is it the Chassis 1 phone running Windows Mobile 7 that will feature a strong dose of Zune DNA?